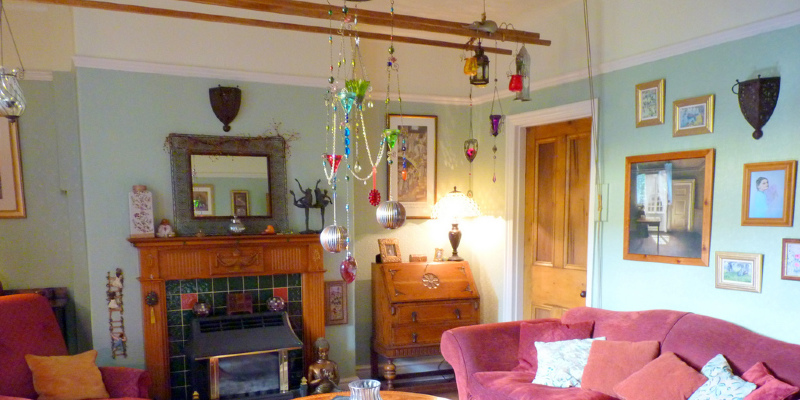 Architectural styles tend to perform one of 2 things: look forwards or seem backward. The former camp comprises Modernism, Deconstructivism, and the plethora of contemporary buildings that may be described as pluralist. In the latter camp are lots of the “neo-” fashions of the 19th century (neo-Classicism, neo-Gothic, etc.), and most recently Postmodernism, a direct response to Modernism (nonetheless also an extension of this, as the name suggests) from the 1970s and ’80s.

First articulated in architectural conditions by Charles Jencks from the 1977 book The Language of Postmodern Architecture, the motion traces its impetus to Robert Venturi’s 1966 treatise, Complexity and Contradiction in Architecture. The title indicates two attributes that Postmodern architecture embodies: complex surfaces and forms within Modernism’s abstraction, and a combination of irony and ambiguity that embraces borrowing and reappropriating historical elements: A pillar becomes a handrail, a gable is “broken” to show it’s a trope, etc..

For some time at the ’80s the motion was popular, leading to a variety of large-scale buildings like the Portland Municipal Services Building by Michael Graves and the AT&T Building (now Sony) by Philip Johnson. But it was also a style reviled by architecture critics. Many professionals segued into more historicist styles (notably Robert A.M. Stern), but Postmodernism paved the way to get a spoonful of architectural form that, together with Deconstructivism, helped produce today’s iconic buildings that catch headlines.

These days the motion is being critically reexamined by historians and curators, notably in an exhibition at the Victoria and Albert Museum and the summit “Reconsidering Postmodernism” in New York City. Next is a sampling of Postmodern residential architecture that I expect will aid people in realizing this brief but significant style and motion.

Part of what sparked this PoMo ideabook was featuring this photo in my latest ideabook on wood trusses. There I pointed out the way the trusses are more graphical than literal or structural. This irony — just how they seem like trusses but do not function exactly like conventional ones — is made more lively by being painted green.

Another ironic stance can be seen in this elevation, where an oversize round column seems to encourage … nothing. The cylinder is actually an enclosure for the fireplace and flue, but the exaggerated scale and the classically symmetrical facade make it a graphic device for the house’s back elevation.

Another project by the same architects, in this instance front door, reveals more doubts. The frame around the door is a lot bigger than it needs to be, particularly when seen relative to the small windows over. 1 way of defining Postmodern architecture is “like conventional architecture but with some thing not quite right.” Elevations like this — portal entrance and punched openings — are rooted in conventional buildings, but play scale.

Here we see the same architects playing a traditional gable form. Overall it alludes to omnipresent dwellings, but the atypical window dimensions and placement and the paring of the corner make the design quite Postmodern.

1 trait shared by all of those House + House examples is color, especially an articulation of surfaces that are smooth with varied colors. This home, which recalls traditional adobe dwellings, utilizes rust and mustard colors to make each volume stand apart from the neighbor. Inside …

… a similar way of using color occurs. But rather than volumes being treated with color, the interior walls are seen as planar, like each wall is a canvas for color. And how in which the underside of the stair is articulated in a manner that is sculptural makes the home ironic and lively.

In this bathroom, the crash of curves — glass-block wall, flooring, vanity tops, mirror — is all over the top, yet they work together to create a cohesive environment.

Not all Postmodern architecture is as strong in form and color as the previous examples; some seems standard at first glance. This little addition’s gable-fronted shingles and porch seem quite traditional … but, like I said, something is away. For starters, the columns seem too substantial in number for the little structure, as well as the angle seems steeper than it needs to be. In a different view…

We see the way the front is treated like a Greek temple, yet the details (columns, gable) are both exaggerated and extremely abstracted. A temple precedent (my interpretation, not the architects’ intention) may be lofty for this a little addition, but it certainly strengthens the frontality of the inclusion and the significance of the living room in the total residence. Inside the inclusion is a skylit, domed space reminiscent of Morocco.

The interior of this remodeled and expanded Victorian home also alludes to historical fashions at the articulation of the supports. But columns normally maintain up beams, and the beam above is cut, shifted up from the middle to heighten the opening between the distances. And just the opening is framed with molding, giving the appearance that it’s a graphic device.

Not many Postmodern buildings read as historical in their overall form. This Bernard Maybeck-inspired home is quite modern, given its grand glass and horizontal surfaces. But certain components, particularly the cornice from the top-right corner, are postmodern in their articulation. The cornice and mounts appear oversized, and the “eyebrow” within the garage appears more compositional than practical.

More formal exuberance from Mark Brand: Here we see a transition from Postmodern to the pluralist fashions that predominate today. The upside down, truncated cone doesn’t seem to follow any historical precedents, but the chimney, a pared-down but scaled-up metallic cylinder, is certainly an exaggeration of a conventional element.

RD Architecture calls this home design “Deco Industrial,” but the combination of conventional gable form, various window shapes and dimensions, and the carving of the gable make this home seem Postmodern. The circular window is a curious part of this side of the home …

… and interior we see that the window functions the bathroom. The shape is picked up in the form of the his-and-her lavatories, and even at the mirrors flanking the window.

In what can be seen as a metaphor for Postmodern architecture, this doorway linking a kitchen plus dining room features a fractured pediment and glass doors whose sinuous joint extends the break above. Here the shattered remnants of historical components are recomposed into an imperfect wholes, acknowledging that we can’t recreate traditional architecture but that we can have fun trying.

More: Modern vs. Contemporary: What is the Difference?